One of the presumed/potential benefits of buying tech at brick’n’mortar locations rather than via online is the opportunity to see, touch, and try before buying (or deciding to not buy). (Other p/b b’s include helpful sales people — particularly at Micro Center, and getting the product then and there.)

Sometimes this works out — leading to my buying, or confirming that it’s not what I want.

But other times, not so much.Here’s three of my less-than-satisfactories from the past year. (Note, while I may be citing specific vendors and stores, I consider them to be examples rather than specific complaints — and I could easily write about my positive experiences at these and other vendors and stores, but that’s for some other post.)

(Disclaimer: while I am a technology journalist, often looking at products with an eye to writing about them, all the interactions I’m chronically are as a “civilian,” that is, as a potential customer, looking to buy.

At the 2017 CES (early January in Las Vegas), I saw several products of interest for a mix of writing about and perhaps owning for my own use, like the Asus ZenFone 3 Zoom  (MSRP $399) feature-targeting photographers and picture-taking. It was slated for availability in February 2017. (Other good features: headphone jack; two SIM slots. Cons: GSM (AT&T/T-Mobile/etc.) only, won’t work on CDMA (Sprint, Verizon…). 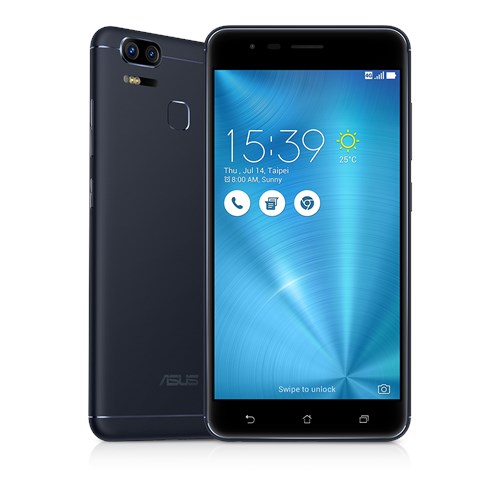 I was curious whether the ZenFone 3 Zoom was sufficiently better than my Samsung Galaxy S5, as in “better enough to not bother taking a separate camera more often.”

February came and went, without the phone actually coming to market, joined by March, April, and May. Come June, the ZenFone 3 Zoom became available for purchase… but not from any near-to-me store, and all the web sales’ return policies included restocking fees.

The BestBuy near me in theory had some, including one on display… but when I went to the store — after calling to do my best to confirm they would have a display unit, they didn’t have one. Pfui.

So in this case, I gave up, as in, the heck with it. It is, at least, available online as I write this. I haven’t seen it in stores I’ve been in, although I often forget to look.

I’ve been a happy laser printer user since HP introduced its first consumer-priced desktop model. My brief dalliances with color inkjets, using them infrequently, taught me that they often wastefully blew ink like a breaching whale each time they turned on, and that the print heads often clogged… rendering my device simultaneously very high-cost-per-page and not-working-anyway.

At the 2017 CES in January 2017, along with the Asus ZenFone, I saw Canon’s new MegaTank color inkjet series, which, Canon claimed, would suffer from clogged printer heads or wasting ink as part of powering up, along with reasonably-priced ink refills. I was particularly interested in the All-in-One/MFP PIXMA G4200  (MSRP $399).

I kept my eye out, via web searches and skimming Staples’ ad insert to our Sunday paper. The PIXMA G4200 finally started showing up around June or July, I believe.

I saw one at Staples, in an end-of-aisle display, in theory set up for us customers to take for a spin.

But it wasn’t plugged in.

On subsequent visits to various Staples (there’s at least three nearby), I encountered see-but-can’t-try problems including:

When on one visit the demo machine was working, copying a color page was slow as muddy molasses. I don’t know whether that’s as good as it gets but it wasn’t encouraging.

As of my most recent visit to a Staples, the demo Canon PIXMA G4200 still wasn’t demo-able. In theory, according to one of the store staff, Epson now has a similar product — so similar that it, too, wasn’t demo-able.

I don’t know how these stores — or the vendors — expect to sell this stuff.

The nice thing about Apple’s products is you can find and see them all, in Apple stores (and there’s one about a mile away) and elsewhere (Staples, Micro Center, CostCo, etc.) What you CAN’T do (or at least, not so far, in my experience), is load specific apps from Apple’s App Store, so you can try them out, to see how they look, etc.

I respect that Apple doesn’t want to leave the store demo systems “unlocked” when unattended, but you’d think there’d be a way for one of the staff to enable this, or do it for you, and then reset the device. Or perhaps Apple could provide a virtual-machine set up, or other “ephemeral session” provider, like libraries and many business-center machines have, for their resellers.

For digital cameras, a few minutes of pointing and clicking can be enough to make the buy/no-buy decision.

But that requires, at minimum, that the display camera have a (charged) battery in it.

For non-impulse camera shopping, I try to remember to bring a spare SD card, so I can snap a few images to examine back at my desktop computer. I recently tried to do this at our local BestBuy… but the theft-preventing security cable was, of course, covering up the media door. And the sales person I asked didn’t have the appropriate tool to temporarily remove it, so I could, you know, try taking pictures with The Display Sample.

(Fortunately in this case, I was able to try enough of the other features… to decide it wasn’t one I wanted.)

Some of my frustration comes from seeing or otherwise learning about products months before they’re actually delivered to the market.

Vendors and your resellers, please — if you’re going to have demo products available, please make sure they actually work, and can be tried.

And stores, don’t have your web site — or whoever is answering the location’s phone, tell me there’s a display unit if there isn’t.